Screams From The Screen

It’s Hallowe’en - get ready to scream!
The film Orchestra and TfO Concert Band present a concert of film music featuring aliens, monsters and ghosts!
Hear this 70-piece orchestra and 30-piece band of musicians aged 12-85 play live music from some of the scariest movies ever made. Compered by Hilgrove Kenrick - film composer 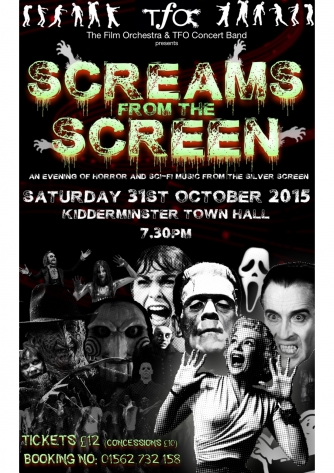