Part of the Music Concert Series 2016

Fiachra Garvey graduated from the Royal Academy of Music, London in 2013 with 1st class honours and distinction in the MA in Music Performance. Fiachra has been a prizewinner at AXA Dublin, EU Prague, Collioure and Jaques Samuel International piano competitions and received the 2011 “Rising Star” award from the National Concert Hall Dublin. Concerto appearances include Janacek Philharmonic, RTE NSO and Concert Orchestras, RIAM Symphony and Hibernian Orchestras.

Join Fiachra in the beautiful Waldegrave Drawing Room for an evening of music inspired by pastoral, fantasy and folk to include pieces by Beethoven, Bartok and Schumann. 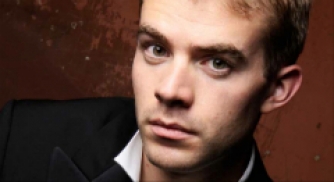