In a very special concert, we remember the contribution that Professor Peter McOwan made to public engagement to QMUL.  Members of the London Chamber Orchestra unite with QMUL Music Scholars, many of them Barts & The London medical students, to perform a programme of specially selected works including Charles Ives’ Unanswered Question, Sir Peter Maxwell Davies’ Farewell to Stromness, Beethoven’s ebullient eighth symphony and CMF Artist Giacomo Susani’s own evocative and enchanting Guitar Concerto.  The evening begins with Professor Alistair Owens presenting a historical perspective of public engagement through the arts in the early days of the People’s Palace. 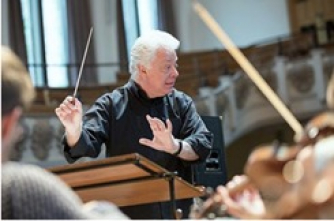