Mozart and the Brothers

Mozart Explored: 1783 – Mozart and the Sisters

Mozart Explored: 1783 – An Academy in Vienna

The second concert in the LMP’s Mozart Explored: 1783 series throws a spotlight onto Mozart’s dealings with the Haydn brothers. Highlights include a performance of Joseph Haydn’s Cello Concerto in D major played by Laura van der Heijden (BBC Young Musician of the Year 2012). The LMP’s distinguished principal horn player, Peter Francomb also takes centre-stage for Mozart’s Horn Concerto in Eb, and the evening is wrapped up with Mozart’s ‘Linz’ symphony, written in the space of a few days on a stop-off on the return journey to Vienna from Salzburg. 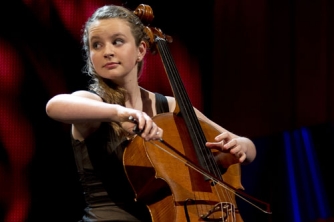