Prom 1: First Night of the Proms

Prom 11: Fiddler on the Roof

Prom 39: Mozart – The Abduction from the Seraglio

Prom 62: Orchestra of the Age of Enlightenment performs Brahms

Prom 75: Elgar – The Dream of Gerontius

Proms in the Park, Glasgow Green

Former BBC Radio 3 New Generation Artist Igor Levit made his Proms debut at a Cadogan Hall chamber music recital in 2012. Now he makes his Proms concerto debut in Mozart’s poignantly delicate No. 27, completing this year’s series of late great Mozart piano concertos. Delicacy gives way to orchestral weight and heft in Bruckner’s popular Seventh Symphony, its beautiful Adagio a tribute to Wagner, and a finale that, according to composer Robert Simpson, ‘blends solemnity and humour in festive grandeur’. 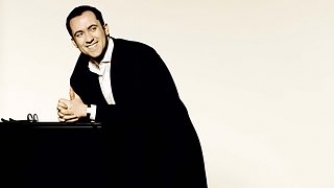